Type something and hit enter

Philosophy is the discipline concerned with questions of how one should live (ethics); what sorts of things exist (metaphysics); the nature of knowledge (epistemology); and the principles of reasoning (logic).[1][2] The word is of Ancient Greek origin: φιλοσοφία (philosophía), meaning "love of knowledge", "love of wisdom"

Definition of philosophy
There is no universally accepted definition of precisely what range of inquiry the study of philosophy encompasses. The field has historically expanded and changed depending upon what kinds of questions were interesting or relevant in a given era. It is generally agreed that philosophy is a method, rather than a set of claims, propositions, or theories. Its investigations are based upon rational thinking, striving to make no unexamined assumptions nor leaps based on faith or pure analogy. Different philosophers have had varied ideas about the nature of reason.
There is also disagreement about the subject matter of philosophy. Some posit that philosophy examines the process of inquiry itself, while others assert it is the task of philosophy to answer essentially philosophical propositions.[6]
Although the word "philosophy" originates in Ancient Greece, meaning literally "love of knowledge," many notable figures in the history of different cultures have addressed similar topics in an analogous fashion.[7] The philosophers of East and South Asia are discussed in Eastern philosophy, while the philosophers of North Africa and the Middle East, because of their strong interactions with Europe, are usually considered part of Western philosophy.
Branches of philosophy
"The point of philosophy is to start with something so simple as to seem not worth stating, and to end with something so paradoxical that no one will believe it."
– Bertrand Russell, (From The Philosophy of Logical Atomism, Lecture II)
To give an exhaustive list of the main divisions of philosophy is difficult because various topics have been studied by philosophers at various times. Ethics, metaphysics, epistemology, and logic are usually included. Other topics include politics, aesthetics, and religion. In addition, most academic subjects have a philosophy, for example the philosophy of science, the philosophy of mathematics, and the philosophy of history.

Metaphysics was first studied systematically by Aristotle. He did not use that term; the term emerged because in later editions of Aristotle's works the book on what is now called metaphysics came after Aristotle's study of physics. He calls the subject "first philosophy" (or sometimes just "wisdom"), and says it is the subject that deals with "first causes and the principles of things".[8] The modern meaning of the term is any inquiry dealing with the ultimate nature of what exists. "What's out there?" is a common way of summarizing the nature of metaphysical questions.
Epistemology is concerned with the nature and scope of knowledge, and whether knowledge is possible. "How do you know?" is the canonical epistemic question.
Ethics, or 'moral philosophy', is concerned with questions of how agents ought to act. Plato's early dialogues constitute a search for definitions of virtue. Metaethics is the study of whether ethical value judgments can be objective at all. Ethics can also be conducted within a religious context. If the other two branches so far ask "What is out there?" and "How do you know?", then Ethics asks "What should we do about it?" Ethics questions are either concerned directly with actions (normative ethics), or concerned with Good and Evil in general (metaethics).
Logic has two broad divisions: mathematical logic (formerly symbolic logic) and philosophy of logic 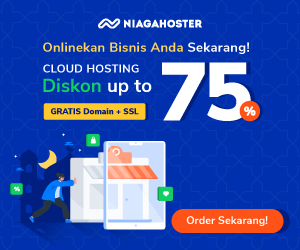